The Sophia Foundation of North America was founded and exists to help usher in the new Age of Sophia and the corresponding culture of love and wisdom, the Rose of the World, prophesied by Daniel Andreev and other spiritual teachers. Part of the work of the Sophia Foundation is the recognition of the wisdom expressed by the stars, Astro-Sophia (astrosophy), now arising in our time in response to the descent of Sophia.  Sophia is the bearer of Divine Wisdom just as Christ is the bearer of Divine Love.

Astrosophy, inspired by Divine Sophia descending from stellar heights, directs our consciousness to the wisdom working in the starry heavens, encompassing our solar system against the background of the signs of the zodiac and, beyond this, the entire galaxy.  This galactic realm is referred to by Daniel Andreev as “the heights of our universe” – from which Sophia has descended on her path of approach into our world. Sophia draws our attention not only to the star mysteries of the heights but also to the cosmic mysteries connected with Christ’s deeds of redemption wrought two thousand years ago.

The development of a new star wisdom (“Astro-Sophia”) is central to the Choreocosmos workshops:

For more information: Choreocosmos: School of Cosmic and Sacred Dance

Choreocosmos: North American schedule for schedules of workshops in the United States, Europe, and Canada;

The yearly Journal for Star Wisdom edited by Robert Powell offers a path of working with star wisdom, containing not only articles but also information about conferences and workshops dedicated to the new star wisdom (Astrosophy). The Journal for Star Wisdom includes listings of the sidereal positions of the sun, moon and planets day by day throughout the year, both geocentrically and heliocentrically, and also a commentary on planetary aspects similar to those during the life of Christ.  It is published by SteinerBooks and is available from the bookstore.

Further, Peter Treadgold’s computer program Astrofire, written for astrosophical research and use by all who are interested in Astrosophy, is available through the Sophia Foundation.

The programs Astrogeo and Sinewave are available for purchase from the Sophia Foundation as well.  For more information about these programs or to order them please click here. 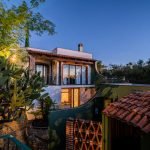