SOPHIA IN HISTORY AND LITERATURE

When the world was born, I came into being.
Before the centuries were made, I issued from the hand of God. . .
God instilled me into the initial multiple as a force of condensation and concentration.
In me is seen that side of beings by which they are joined as one,
in me the fragrance that makes them hasten together and leads them,
freely and passionately, along their road to unity.
Through me, all things have their movement and are made to work as one.
I am the beauty running through the world, to make it associate in ordered groups;
the ideal held up before the world to make it ascend.
I am the Eternal Feminine.
I was the bond that held together the foundations of the universe. . .
I extend my being into the soul of the world. . .
I am the magnetic force of the universal presence and the ceaseless ripple of its smile.
I open the door to the whole heart of creation: I, the Gateway of the Earth, the Initiation. . .
In me, the soul is at work to sublimate the body — Grace to divinize the soul.
Those who wish to continue to possess me must change as I change. . .
It is God who awaits you in me!. . .
If, God, then, was able to emerge from himself,
he had first to lay a pathway of desire before his feet,
he had to spread before him a sweet savor of beauty.
It was then that he caused me to rise up,
a luminous mist hanging over the abyss—between the earth and himself—
that, in me, he might dwell among you. . .
Lying between God and the earth, as a zone of mutual attraction,
I draw them both together in a passionate union.
. . . I am the Eternal Feminine. 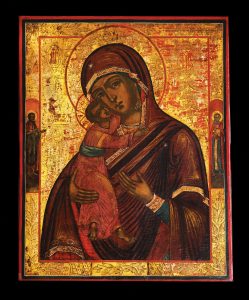 There is a growing interest in contemporary culture regarding the Mysteries of the Eternal Feminine. In ancient times, the Divine Feminine was recognized and worshiped as the Great Mother, Isis, Demeter, Kwan-Yin, and Tara. In Christian and also in the Judaic tradition she is known as Sophia (from the Greek word Sophia, meaning “Wisdom”). The late Russian poet and author, Daniel Andreev, referred to her as the Rose of the World whose influence “is giving rise to worldwide peace movements, an abhorrence of bloodshed, disillusion over coercive methods of change, an increase in woman’s role in society proper, an ever-growing tenderness and concern for children, and a burning hunger for beauty and love.”
Who is Sophia and why is this renewed interest in the Divine Feminine emerging now? What is Sophia’s origin? How can individuals and groups come to know and experience her? Does Sophia have a leading role to play in the world’s future?
An approach to these questions is to be found in Robert Powell’s books The Sophia Teachings (also available as a set of CDs), The Most Holy Trinosophia and the New Revelation of the Divine Feminine, and Divine Sophia, Holy Wisdom, which was written for the founding of the Sophia Foundation.

These questions relating to Sophia are also the center of interest in the various workshops, conferences and meditation retreats of the Sophia Foundation 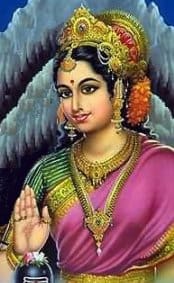 Sophia is usually looked at in the context of the Judeo-Christian tradition – see, for example, Thomas Schipflinger’s book Sophia Maria. Thomas Schiplinger looks at contributors to the Sophia tradition from Solomon to the twentieth century Russian Sophiologists. However, as the Divine Wisdom underlying all true spiritual knowledge, Sophia is to be found in almost all of the great religions and spiritual traditions of humanity. For example, in Hinduism there is clear knowledge of the Divine Mother, whose outer aspect manifests itself as Mother Nature or Mother Earth:
The Universal Mother works out whatever is transmitted by her transcendent consciousness from the Supreme and enters into the worlds that she has made; her presence fills and supports them with the divine spirit and the divine all-sustaining force and delight without which they could not exist. That which we call Nature or Prakriti is only her most outward executive aspect.

Sri Aurobindo also writes about the Divine Sophia (Maheshwari, Wisdom) in relation to the Mother:

Maheshwari is seated in the wideness above the thinking mind and will and sublimates and greatens them into wisdom and largeness or floods with a splendour beyond them. For she is the mighty and wise One who opens us to the supramental infinities and cosmic vastness, to the grandeur of the supreme Light, to a treasure-house of miraculous knowledge, to the measureless movement of the Mother’s eternal forces. Tranquil is she and wonderful, great and calm forever. Nothing can move her because all wisdom is in her.

Sri Aurobindo (1872-1950) is cited here as a modern representative of Hinduism. Of course, there are many others belonging to the Hindu spiritual stream who could be referred to, including Ramakrishna (1834-1886), who dedicated his life to that aspect of the Divine Feminine spoken of in Hinduism as Kali, the consort of Shiva. Kali is the female counterpart (Shakti) of Shiva. 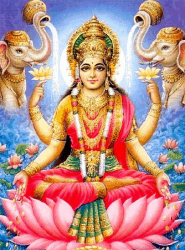 Likewise, Radha is the Shakti of Krishna, the central figure of the Hindu religion. “She is the Force that leads across the ocean of the world of change (samsara). She is the Holy Wisdom of all that exists.” (Brahma Vavarta Purana, 21)

In Buddhism, Prajña corresponds to the Hindu Shakti. Thus the “Hymn to Prajña Paramita” is a hymn in praise of Perfect Wisdom (Sophia), who manifests in Buddhism as the goddess Tara, of whom numerous representations in her various forms are to be found. In the above-mentioned hymn, she is referred to as “the Great Mother of all Beings” (Rahulabhadra Prajñaparamitastotra). Another Buddhist name for the Goddess of Wisdom is Sarasvati (Lankavatãra Sutra).

The Divine Feminine is to be found in other religions and spiritual traditions, apart from Hinduism, Buddhism and Taoism mentioned here. Hopefully, this brief description of Sophia will help to provide a useful orientation against the background of which the various traditions speaking of the Divine Feminine may be understood in a deeper way. This, in turn, could lead to a more profound comprehension of Sophia as the Mother of humanity who is able to establish peace between the different religions, denominations and spiritual traditions, and whose new revelation will increasingly fructify all culture as we enter into the Age of Aquarius (AD 2375-4535) and as we near the corresponding Russian/Slavic culture (AD 3574-5734) known as the Rose of the World.