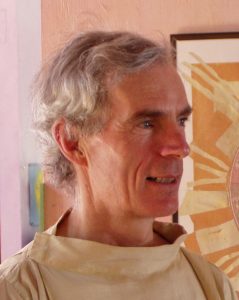 Robert Powell was born in 1947 in Reading, England, and studied mathematics at the University of Sussex, graduating with a Master's degree. At the same time, he developed an interest in astronomy and this, in turn, led him to explore the roots of astrology, the ancient science of the connections between the stars and human beings.

In the early 1970's, while researching these fields at the British Museum Library in London, Robert discovered the Rudolf Steiner Bookshop and Library on Museum Street. From that moment on, Steiner's anthroposophy or spiritual science became the esoteric or spiritual context in which he was to work: a path and a guide. Steiner's many works provided the epistemological, cosmological and Christological foundations he sought to continue his work. Through Steiner, he was led to the work of both the astrosophist Willi Sucher (1902-1985) and the Russian sophiologist Valentin Tomberg (1900-1973).

From 1978 to 1982, Robert, while continuing his research, was in Dornach, Switzerland, at the Goetheanum, where he completed a training in eurythmy, a new art of movement developed by Steiner. Since graduating from eurythmy school, still continuing to study, research and lecture on themes arising from the practice of esoteric Christianity and astrology, Robert has lived and worked as a eurythmist and movement therapist in Kinsau, near Munich, Germany.

The writing of his PhD thesis on the original scientific definition of the zodiac—a thirty year odyssey—started in 1974 when he began doing the initial research on the history of the zodiac at the libraries of the British Museum and the Warburg Institute in London. Completion of the doctoral procedure took place in December 2004 at the Polish Academy of Science (Institute for the History of Science) in Warsaw.

Robert has an enduring passion for the stars and was awarded a PhD for his contribution to the History of the Zodiac. He is an internationally renowned lecturer. Through the content of his talks given during conferences and workshops, his living knowledge of the stars is woven into his presentations. As well as being a scholar of the history of astronomy, Robert is also a movement therapist trained in the art of eurythmy (from the Greek, meaning beautiful, harmonious movement).

Focusing upon the cosmic aspects of eurythmy, he founded the Choreocosmos School of Cosmic and Sacred Dance and teaches a gentle form of healing movement—the sacred dance of eurythmy—as well as the cosmic dances of the planets and signs of the zodiac. He leads these sacred and cosmic dances—dancing with the stars—in the endeavor to create harmony between the heavens, the earth, humanity, and nature. He presents Choreocosmos workshops in Australia, Europe, and North America.

Robert is also co-founder with Karen Rivers of the Sophia Foundation of North America, through which Robert and Karen lead pilgrimages to sacred sites around the world: 1996, Turkey; 1997, the Holy Land; 1998, France; 2000, Britain; 2002, Italy; 2004, Greece; 2006, Egypt; 2008, India; 2010, Grand Canyon, Arizona.  Through the Sophia Grail Circle, Robert and Karen facilitate sacred celebrations dedicated to the Divine Feminine.

Robert is the author of many books, including most recently The Astrological Revolution and Christ and the Maya Calendar (both co-authored by Kevin Dann), and The Mystery, Biography & Destiny of Mary Magdalene. His latest books are Prophecy–Phenomena–Hope: The Real Meaning of 2012 and Cultivating Inner Radiance and the Body of Immortality, and he has a new book in preparation: Astrogeographia (co-authored with David Bowden). For further information on his books, courses, and biography, visit www.sophiafoundation.org or www.astrogeographia.org 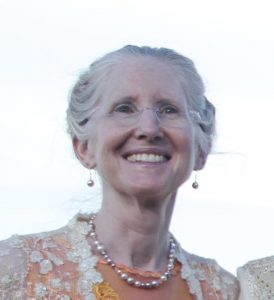 Karen Rivers was born in 1950, San Rafael, California, and studied Comparative Religions, Philosophy and World Literature at the University of California, Berkeley, graduating with a B.A..  Karen received her California Teaching Credential from Dominican University.   After teaching English and Humanities at San Rafael High School, she undertook the Waldorf Teacher Training at the Rudolf Steiner College and began teaching at the Marin Waldorf School, where she worked as a class teacher, administrator, faculty chair, college chair and trustee.  Subsequently she received a Masters Degree from Wisdom University She is currently on the faculty of Wisdom University and is the Director of the New Chartres School.

On New Year’s Eve, 1994 Karen co-founded the Sophia Foundation of North America, and in 1995 she founded Chrysalis Productions, a community theater company for children and adults.  As founder and director she has produced five major productions including Goethe’s fairytale, The Beautiful Lily and the Green Snake, Howard

Pyle’s The Garden Behind the Moon, Edouard Schure’s The Sacred Drama of Eleusis, two productions of Arthur Maximilian Miller’s Parsifal, and Karen’s original work, The Mystery of Love.

Karen has dedicated her inner life to the mysteries of the Divine Feminine.  She lecturers and offers courses in Choreocosmos, Cosmic and Sacred Dance, Parenting as a Path of Self-Development, Human Biography, The Evolution of Human Consciousness and courses directed at the deepening of one's spiritual life and the work of inner transformation. She ministers the Rosamira Circle, dedicated to the unity of all religions, and the Sophia Grail Circle, dedicated to the Divine Feminine.   In her work with the Sophia Foundation she co-leads pilgrimages to sacred sites around the world: in Turkey in 1996; in Palestine in 1997; in France in 1998; in Britain in 2000; in Italy in 2002; in Greece in 2004; in Egypt in 2006; in India in 2008, and to the Grand Canyon in 2010.

Karen is co-editor of Waldorf Education, a Family Guide, editor and author of Chanticleer, a former quarterly publication for Waldorf Schools, and author of Recommended Reading List for Children.  She directs a community choir, and is currently working on her doctorate in Wisdom Studies.  Karen lives in Nicasio, California, with her husband, Michael.

!
!
!
SUBSCRIBE
Something went wrong. Please check your entries and try again.
Shopping Cart
Manage Cookie Consent
To provide the best experiences, we use technologies like cookies to store and/or access device information. Consenting to these technologies will allow us to process data such as browsing behavior or unique IDs on this site. Not consenting or withdrawing consent, may adversely affect certain features and functions.
Manage options Manage services Manage vendors Read more about these purposes
View preferences
{title} {title} {title}
Scroll to Top