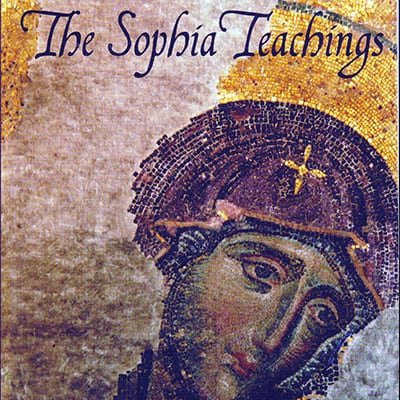 by Robert A. Powell
Mp3 files produced by Sounds True of Boulder Colorado

In this free online course, you will receive professionally produced downloadable mp3 files of Robert Powell reading his book The Sophia Teachings. There are 7 audio files in total, with content as detailed below.

Russian esotericist Valentin Tomberg  ●  The “Little Rosary” prayer and the seven chakras  ●  Sophia according to St. Augustine  ●  Sophia in the visions of Hildegard of Bingen  ●  Jacob Boehme’s teachings on Sophia  ●  The visions of Anne Catherine Emmerich  ●  The teachings of Vladimir Soloviev  ●  More

The story of the Palladium  ●  Russian Orthodox worship of Sophia  ●  Pavel Florensky, Sergei Bulgakov, and the birth of Russian Sophiology  ●  The divine feminine trinity: Mother, Daughter, and Holy Soul  ●  The “Our Mother” prayer  ●  Blavatsky and Steiner as forerunners of the worldwide Sophia movement  ●  The “seven globes” of evolution  ●  More

Meditation: Sophia, the Daughter of God  ●  Meditation on the qualities of the etheric Christ  ●  Prayer of the Lady of All Nations  ●  Aquarian consciousness vs. Piscean consciousness  ●  The coming ages  ●  More

!
!
!
SUBSCRIBE
Something went wrong. Please check your entries and try again.
Shopping Cart
Manage Cookie Consent
To provide the best experiences, we use technologies like cookies to store and/or access device information. Consenting to these technologies will allow us to process data such as browsing behavior or unique IDs on this site. Not consenting or withdrawing consent, may adversely affect certain features and functions.
Manage options Manage services Manage vendors Read more about these purposes
View preferences
{title} {title} {title}
Scroll to Top