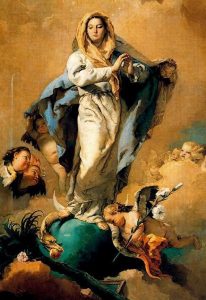 The Sophia Foundation draws its inspiration from many sources. Love and wisdom are truly universal and have been active throughout history, in all cultures, religions, and places.

The wellsprings that have most closely inspired the Sophia Foundation are the primary masculine and feminine sources of Christianity, Jesus Christ, and Mary Sophia. We draw inspiration as well from all true scripture and sacred texts from the world’s great religious and spiritual traditions, and all spiritually inspired architecture, sculpture, art, music, poetry, dance and drama – bearing in mind Sophia’s title from the Middle Ages as “Patroness of the Arts.”

Important new knowledge about Sophia has been communicated in our time by Rudolf Steiner, Valentin Tomberg, and the Russian Sophiologists: 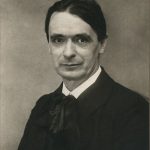 Rudolf Steiner (1861-1925) was a twentieth-century spiritual teacher who expressed a profound breadth and depth of knowledge in many different fields. He synthesized his own spiritual abilities with a dedication to scientific inquiry. The resulting “science of the spirit” (Anthroposophy) brings spiritual truths to people of the modern world in a readily understandable and highly applicable form. It provides invaluable indications for the renewal of many human activities, including philosophy, science, education (the Waldorf school movement), medicine, agriculture, economics, architecture and the arts, including the new art forms of eurythmy and speech formation. Rudolf Steiner lectured extensively throughout Europe (over 6,000 lectures), wrote some 65 books, and founded the Anthroposophical Society in 1913. 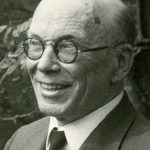 Valentin Tomberg (1900-1973) was born in St. Petersburg, Russia, into a Lutheran family. Already in his youth, he entered upon a serious study of Christian esotericism. He was strongly influenced by the Russian Sophiologist Vladimir Soloviev, and in his early life, he was also a student of Rudolf Steiner. He wrote and lectured on spiritual science (Anthroposophy) primarily in relation to Biblical themes. For him, Anthroposophy was a bridge to the living Christ. During World War II he joined the Greek Orthodox Church and then the Roman Catholic Church, inspired by the ecumenical ideal espoused by Vladimir Soloviev of the unity of the Christian Church. For the latter part of his life he resided in England, working for the British Broadcasting Corporation (BBC), while pursuing meditation and writing. Valentin Tomberg's writings reveal an extraordinary depth of perception that cannot fail to touch the heart of the meditative reader. His later works were written in the spirit of the great Hermetic tradition of wisdom extending back to Ancient Egypt. These writings, concerning the symbolism of Christian Hermeticism as a fusion of Hermeticism with the Christian tradition, draw not only upon the wisdom of the Bible but also upon many other spiritual and mystical traditions. (An important source work for Christian Hermeticism is Meditations on the Tarot available through the "Bookstore"). Valentin Tomberg is widely acknowledged not only as a leading Sophiologist (teacher concerning Sophia), but also as one of the great mystics of the twentieth century and as the primary inspirer of Christian Hermeticism. 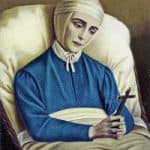 Anne Catherine Emmerich (1774-1824) was born of poor parents near Coesfeld, Germany. At an early age she was blessed with the gift of spiritual sight (clairvoyance) and lived almost constantly in inner vision of scenes of the Old and the New Testament. She became a nun at age twenty-nine. Eight years later she had become so ill as to be confined to bed. On December 29, 1812 she received the stigmata, a manifesting of the wounds suffered on the cross, the highest outward sign of inner union with Christ. Unable to assimilate any form of nourishment, for the rest of her life she was sustained almost exclusively by water and the daily Eucharist. On July 29, 1820, she began to communicate, in states of ecstasy, visions she had of the day-to-day life of Christ Jesus in the most extraordinary detail. These revelations continued until her death and were recorded in writing by the German author Clemens Brentano. See her four volume work The Life of Jesus Christ (Tan Books, Rockford, Illinois, 1986), and for her significance in the Sophia tradition, see Thomas Schipflinger’s book referred to above.

Texts that are sources of inspiration for the revelation of Sophia include:

Classical Hermetic texts: these include the Tabula Smaragdina (Emerald Table), Kore Kosmou (the Cosmic Virgin), and other writings from the Hermetica – writings from the ancient Hermetic tradition generally attributed to the Egyptian sage Hermes Trismegistus.

Texts belonging to the tradition of the Kabbalah, such as the Zohar ("Book of Splendor"), which is the central work in the literature of the Kabbalah. The Kabbalah encompasses the writings of the Jewish mystical tradition.

All true scripture and sacred texts from the world’s great religious and spiritual traditions, and all spiritually inspired architecture, sculpture, art, music, poetry, dance and drama – bearing in mind Sophia’s title from the Middle Ages as “Patroness of the Arts”.